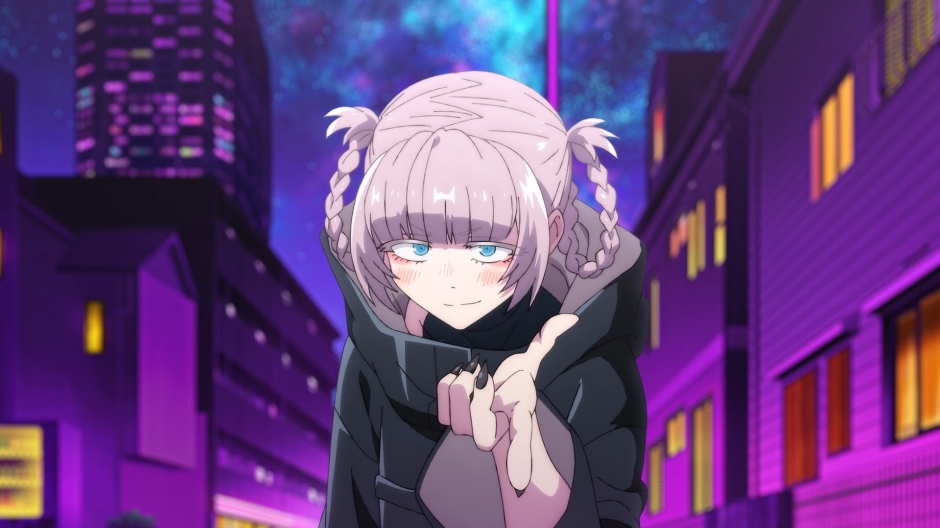 In love and war, timing means the world.

As like last episode, Nazuna and Ko are not only the focus, but just about the only souls we see.

It gives more space to mention Nazuna’s running gag of sometimes using somewhat archaic or out of place language. In the official English subtitle adaptation of the script, she is fond of using terms like “top of the evening.” Or indeed, must like last week, multiple occasions deploying “copulating” when it comes to the subject of sex.

Rather than her using such words to seem like an out of touch vampire as a simple character bit, it pairs well with her other dialogue. Sequences like her enjoying getting to make an over-dramatic “Do you do LINE?” request for the first time demonstrate she is not living under a complete rock. Even if she does have a cell phone brick from over a quarter century ago.

The result is she comes across more as someone who is using varying degrees of deliberate overacting on purpose. A way to cut through tension she herself feels. An almost stage fright coping mechanism, diving into theatrics harder as a way to push through.

She somewhat dodges the question when Ko calls her out about it, diverting to starting to explain the stamen and pistils of flowers. 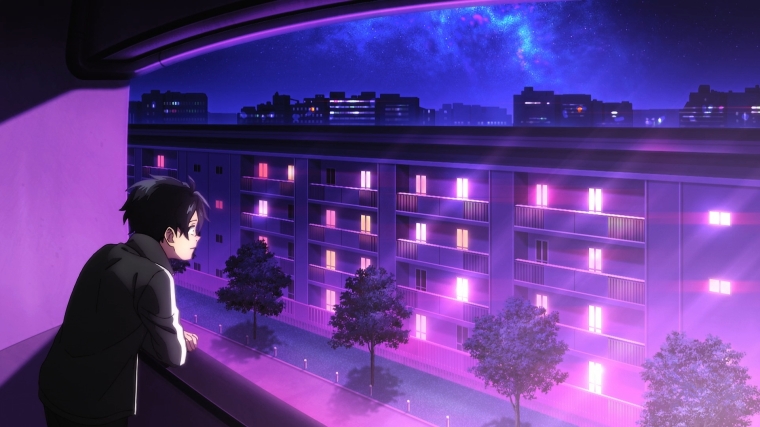 I enjoy the aspect of Ko revealing his neck bite mark to Nazuna about wanting to get a drink being handled as a wild and suggestive gesture.

Also one devoid of any timing or appropriateness. Perverted.

Showing folks neck bite marks in normal human life would of course also be a heck of a forward relationship move. There are only a few ways to get those, and none of them are shall we say safe for work. Even the person who gave them to you may not want to see them outside of the right setting. Duh. Of course. The kid stepped on a bit of a rake here. He is still coming to terms with vampires not being fictional, and thus did not treat Nazuna with more thoughtfulness as a person.

But, with the additional complicating factors of a vampire? With the blood drinking and vampire conversion locations being the same place? And operating within the vampire love rules of this world in particular?

The neck of someone you are hanging out with and getting close to would be all kinds of flustering to have revealed outside of the right mood or moment.

While their first meeting was a bit of fortuitous timing with a beer vending machine, this episode Ko has a more peculiar issue.

How to get in touch with Nazuna on purpose. He spends some time wandering.

I appreciated how, when they cross paths in the night streets and Nazuna mentions how she was out hunting for blood, Ko did not have a possessive meltdown. He felt a degree of hurt and open frustration to be sure. He feels odd about the idea of her wanting to drink from others. But they talk and joke their way through it. Nobody throws a total temper tantrum or storms off. He still follows Nazuna back to her place, and she gets a drink of blood.

Ko revealing his neck to her again here in her apartment is a massive tonal difference than the park earlier. It shows more vulnerability, as well as more appropriate mood and timing for the act.

The scene and its dialogue has more in common with makeup sex than eating dinner.

Some shows would be content to hang a scene like this out as an episode conclusion. It arcs well from where we started. But there was still more.

An idea Ko has to keep in touch with Nazuna is to pick up and present her with a modern form of wrist watch walkie talkie transceivers.

Unlike all the quirks of trying to keep up with cell phones and subscription plans, these fun wrist communicators would provide them with a direct line to each other.

She is beyond excited with the idea of getting to play with these.

Furthermore, Ko has an entire story about the last time he was trying to use these kinds of toys as a kid. Buying a package set, he left one in a conspicuous enough location around his apartment building for someone else to find. The mysterious and thrilling idea being he would call whoever picked up the other half of the set. While someone did indeed take the bait, he never could bring himself to make the call.

While a somewhat sad little childhood story on a certain level, Nazuna is cracking up the entire time. Right down to a triumphant Ko pulling a shirt sleeve to reveal he still has the old communicator to this day.

She is on the ground in hysterics.

He was glad to tell Nazuna all of this, and thought it would be a fun story to share. He smiles the whole time, even as she is guffawing at his story and younger self.

Not a bad play, for such early stages of a relationship.

As a reminder: Kotoyama, the original manga creator for Call of the Night, also made Dagashi Kashi. Its romantic comedy setting revolved around a store selling quaint and classic Japanese snacks. The retro product of personal wrist transceiver toys being taken up as part of a modern romance story is a cute touch of flavor. The anime adapted the idea well.

Playing with the watch communicators of course means our leads need to get some distance between each other to test them out.

Ko gets to thinking to himself while he is waiting alone in the street.

“Me being alone is not about wanting to be alone.”

Which is to say, there is a point to this activity. He is processing and thinking about why he is doing any of this. To come out at night. To see and hang out and be with Nazuna. Standing alone in the street for a moment, but because it is in service to reaching out with the communicators. For tonight, and what it would mean for nights ahead. Though, be it either with Nazuna in particular or a broader goal of being a vampire in general, is in a state of flux.

He did not turn down the classmate from before because he wanted to be left alone.

The more music video part of Nazuna flying Ko around for a while after playing with the transceivers is a nice way to end this scene. It also transitions us to the rooftop of the school Ko should be attending. Where Nazuna, because the moment and the mood is right, drinks his blood again. A second such sequence to drive home the point made at the start of the episode. These were each done when she knew he was awake.

A series of successful if not wonderful nights out for the lead couple. Regardless of if one would go as far as to call them “dates” or not. They are getting to know each other, and leave on ever increasing better terms than when they last met up.

And for the first time: the old remote transceiver from the childhood story Nazuna found so very funny rings.

It is possible Ko is more terrified of this than any interaction he has experienced with the vampire lady in clubbing attire.

With little time to even process the idea of responding to the call, he no longer has the option. Confronted by another girl, she reveals having the other half of the childhood set, and asks to know what he is up to.

Outside of the three drunken salarymen last week and their minor appearance this go around, she is the only other character we have seen in two episodes.

After all this time of Ko and Nazuna owning the night and the screen time together, anyone else appearing should hit like a ton of bricks. It should feel jarring. Even if viewers know from the opening credits more characters were always due to arrive.

It is an effective cliffhanger. Ko will have to confront other things in his life too. This carefree escape has been temporary.

He will not be able to chase Nazuna, or the idea of becoming a vampire (whichever is more important), with total abandon. 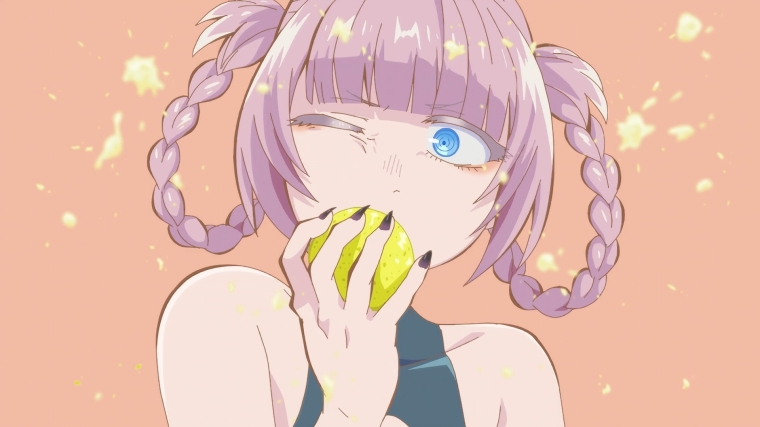