Phantasy Star Online was first released in Japan on the Sega Dreamcast in December 2000.

While North America received it one month later, the dates are close enough in my mind.

Capping off this year about two decades later with a Red Ring Rico cosplay seemed perfect.

The player character in PSO does not meet Rico in person. She was a researcher on an advance Pioneer I group meant to prep the planet Ragol for refugees fleeing their home world. All contact with the first group is lost upon a catastrophe during Pioneer II’s arrival. The player interacts with a number of messages and datapods left behind by Rico, as they try to get to the bottom of what happened.

So, she is a presence which looms large over the game. But you never “really” meet her yourself.

Most of my ideas for screenshots were from areas inspired by the kinds of locations present in the original PSO. Once upon a time, all we had were Forrest, Caves, Mines, and Ruins. The original Ruins is the toughest to make a direct analogue to, given its more surreal and alien circumstances. So the bio-luminescent plants of the Bewitched Woods felt right for the options which came to mind at the time.

The Autumn Leaf Earrings are my own improvised touch. When it came to shopping, I had to choose two from between Rico’s actual collaboration earrings, the Red Ring, and Rico’s Glasses. The latter two felt far more essential to the look.

For a field scientist though, the leaves still feel at home.

And most important of all: they are in keeping with her favorite color. 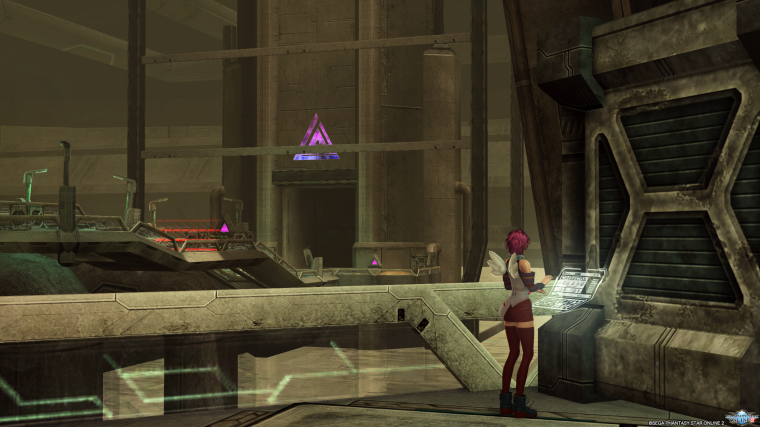