Outfit from June through August 2020.

After almost a decade, an official English client for Phantasy Star Online 2 rolled out for Windows computers in May 2020.

I used to have to sneak cables through a bathroom and abuse a lot of free internet service provider burner accounts back in the day for my PSO time. Later, to deal with private hacked servers, when official ones were no longer an option. Even later, when a true sequel arrived, the tenuous option of English translation patches to play on Japanese servers.

The older I get, the more and more welcome an official client makes things.

I take a lot of screenshots when I play all kinds of games. However, this official release came out within months of a worldwide viral pandemic. I came to realize I was documenting my time here even more than usual.

As folks like to say, the best camera is the one you have at the time. So formatting and presenting screenshot galleries of various outfits I have used along the way feels like a good way to share memories.

Aside from my initial choice of basic character creation starting apparel, this was the first outfit I assembled myself once I had some Meseta to burn on the player shops.

I say this, but if you know your way around Sega stuff: I am by and large cosplaying Arle Nadja. She is best known for her appearances in the Puyo Puyo series of puzzle games.

It was cheap on the player markets, compared to other various Sega franchises featured in a recent gacha costume collection. But it is a simple and clean look which I think worked well as my character would begin her progress through the story on these servers.

I even used the picture of my character running up a long flight of stairs as the main image for my favorite video games of 2020 post.

Armor unit sets can be made invisible, to provide their statistical advantages without impeding your fashionable look. However, the various Luxe armor sets have the style of angel wings. For a 1990’s anime style game character, I felt deploying the maximum number of angel wings would go well with Arle’s outfit.

Which takes us to the accessories package: the Angel Feather, Rose-Pin Bandana, and Headset combination lasted me for a few outfits. The fourth slot, here occupied by the Carbuncle Pochette, I planned to be a situational swap to suit whatever I was wearing at the moment.

Over time, as I built more of a wardrobe and accessories piled up, I gave myself more flexible choices in how many slots I wanted to keep locked down.

To this day however, I have never removed the Angel Feather.

I consider it an important memento from these starting days on the new official English server.

These little chubby wings animate and flap. So they hit different angles, and this minor chaos factor tends to add some unexpected panache to a screenshot sometimes.

Never say never, but, I may well never leave them behind. 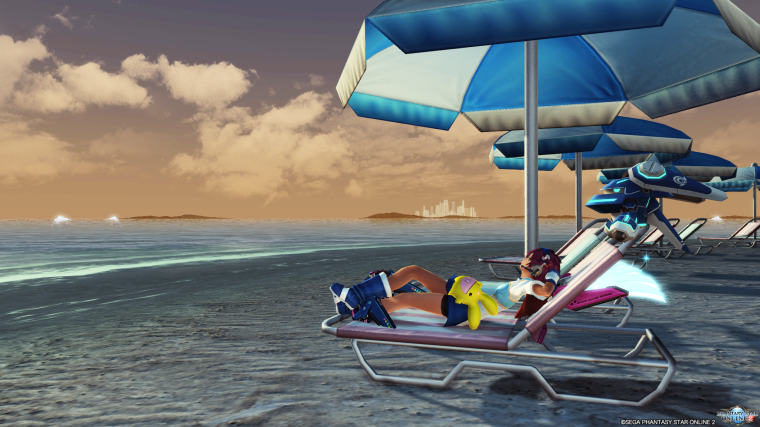 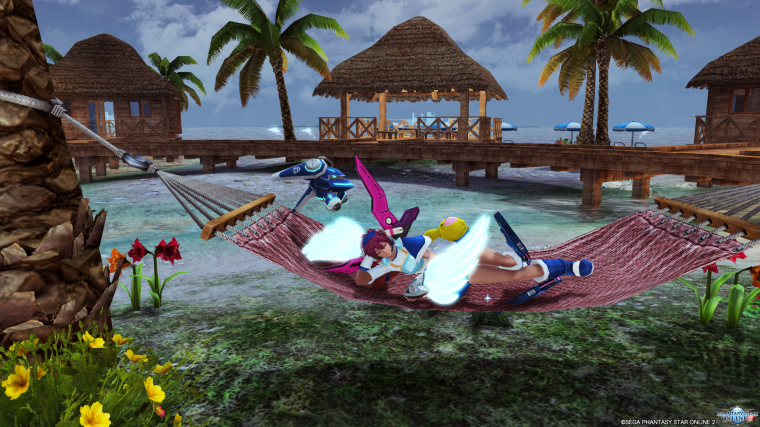 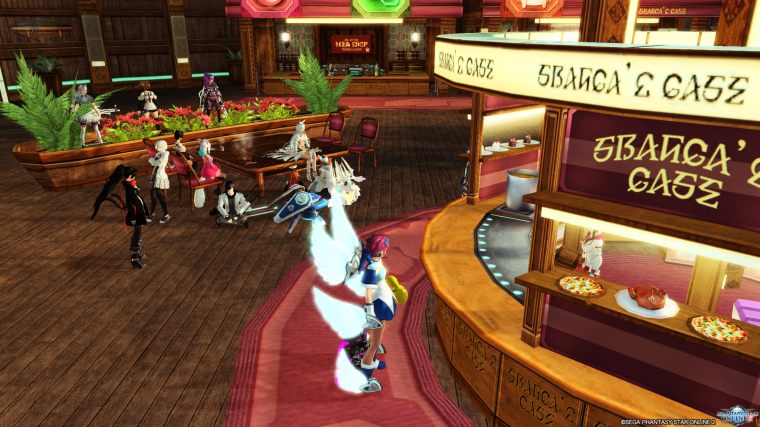 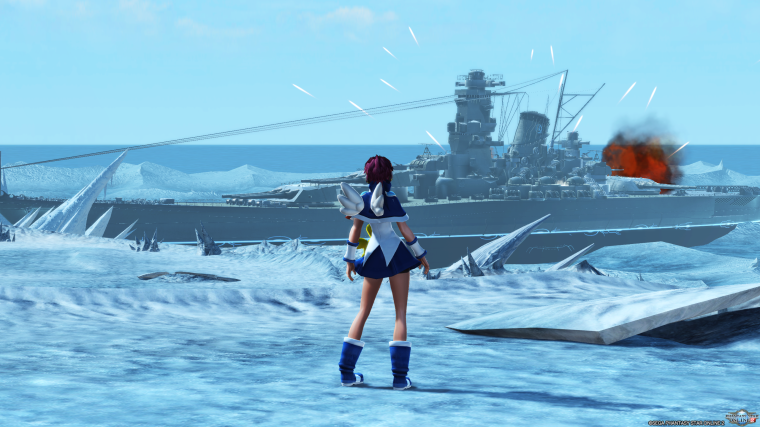 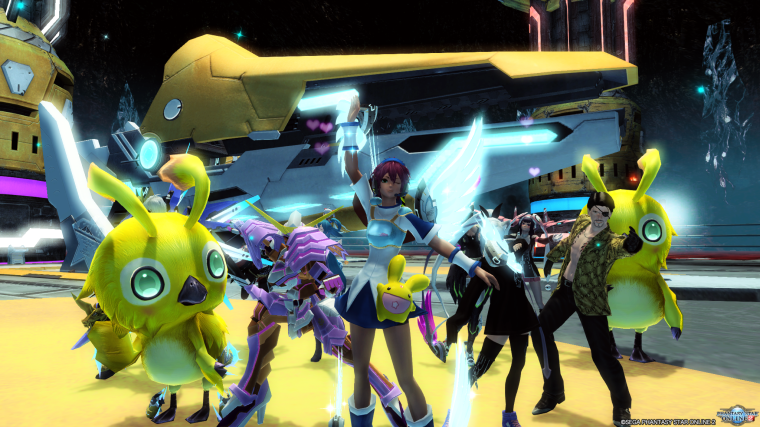 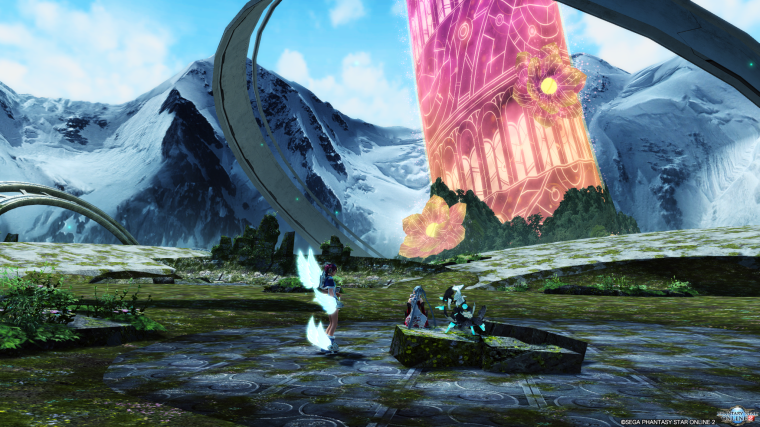 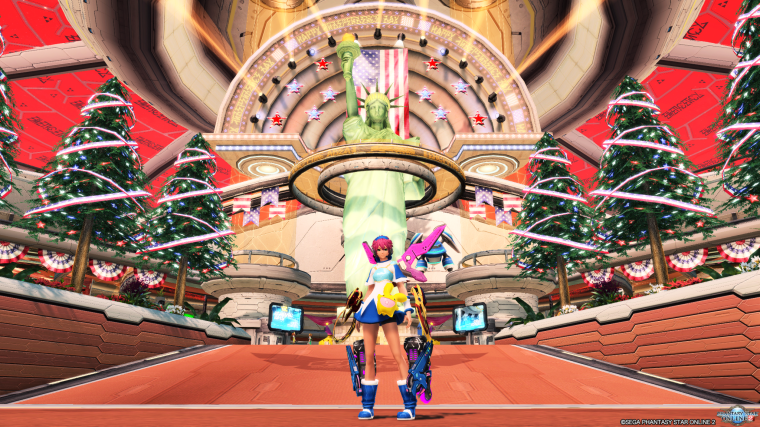 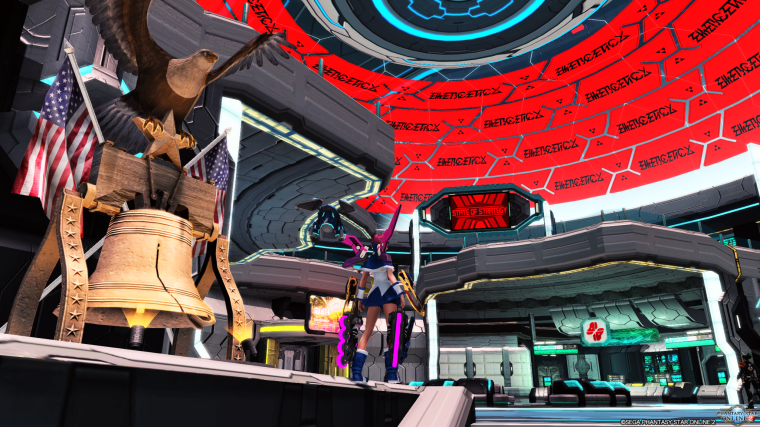 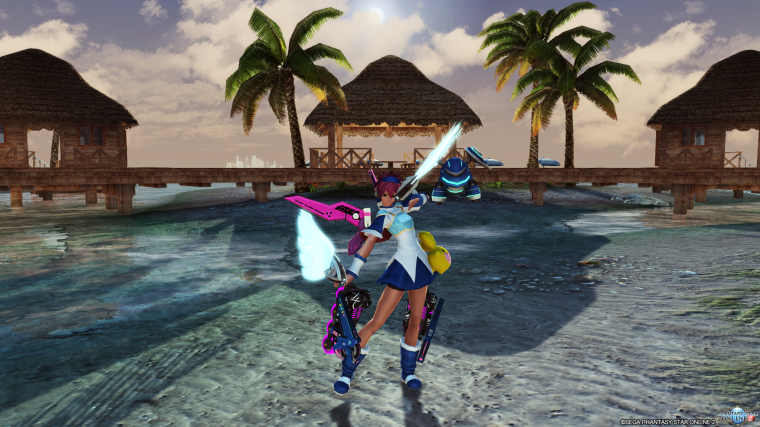 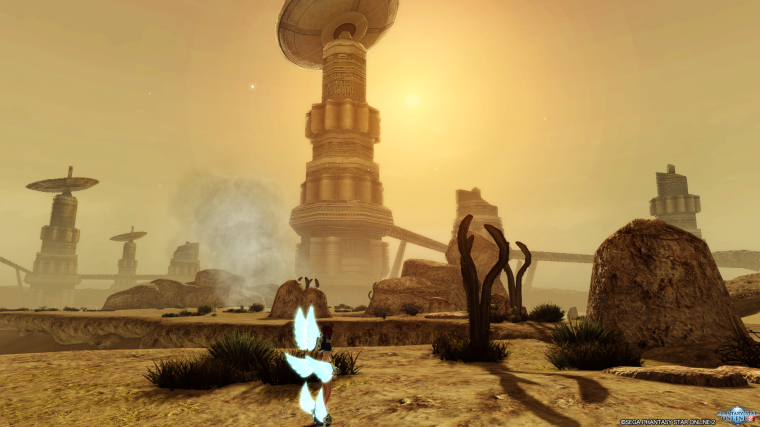 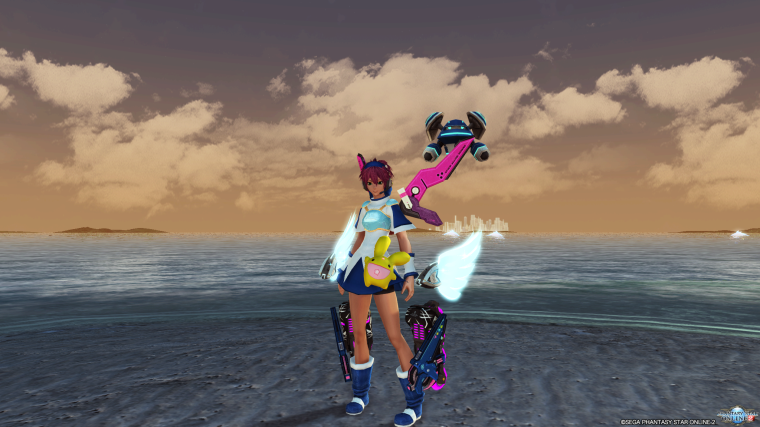 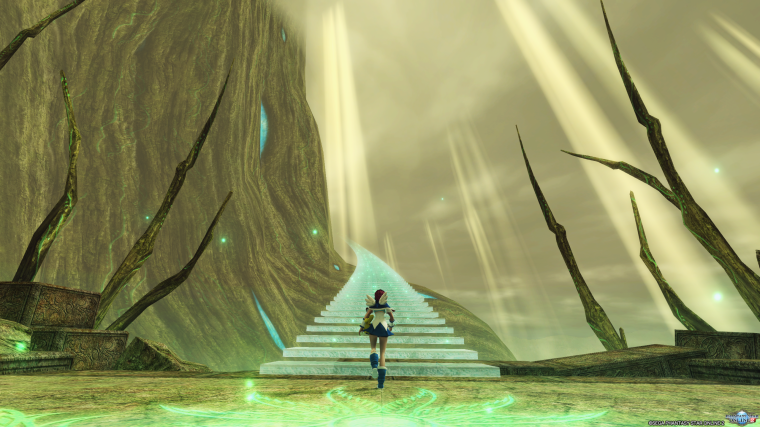