The space dandy and his space crew take up a lot of space in my memory when looking back on the year, in space

(Part three of a six part series featuring my favorite anime productions of 2014; consider reading the others!)

For any of the faults and missteps the first season of Space☆Dandy had, I enjoyed its ambition.

Its drive to pull together so many talented creators, established veterans and up and comers alike, and place them in positions to shake out all manner of Cool Stuff that may have been sitting in their heads for quite some time. And when the series clicked just right, with its rotating production staff and episode goals, everything fired away with the guided precision of a particle accelerator.

The series being so well received and did shockingly well in winter season western television ratings (crucial, given its simuldub release that even allowed it to come out prior to airings in Japan) was a relief. That it had performed to an expectations level to get the go ahead for another set of thirteen episodes for the following summer was encouraging. Not only would this mean more Space☆Dandy, but the potential to have learned a lot from the hiccups and hedges made in the first season (and especially early on).

As a mental image, the first run of Space☆Dandy reminds me a lot of the kind of youthful ideal when one is loaded into a beat up vehicle and rumbling along a desert highway or the like. The back of the head thought where one too many bounces may threaten to fling whole parts off the ride and bring the entire experience to a catastrophic halt once and for all. But the heart and mind largely justify and indeed even thrive off of that danger. For at least a little while it can latch on to this moment as something true and free with friends and times that may never be again.

The second season of Space☆Dandy recognizes this, and slams down the floor pedal all the harder. The machine at this point held together more through sheer momentum, racing off with this adrenaline feeling of being alive. Its need and desire to haul itself to star coated vistas beyond the furthest physical formations on the horizon. It wants this moment, and it wants those times, with the magical escapism and the potentially crushing knowledge that these nights well and truly need to be the best.

They have been granted a second chance at that road with you.

The “hit rate,” if we can call it such a thing, of Space☆Dandy in its second season form is much higher for me than the episodes of the first go around.

The series is fundamentally the same as before of course. Dandy is still a ladies man (if only in his own head), and he still has Meow and QT with him as they search for rare aliens and their associated bounty money. But, with the experience and reception of the first season established, and the most ambitious and experimental ones being the sources of great attention and re-playability, some things have changed for however much they may be the same. The ways in which these folks can be explored or seen as storytelling actors for ever more outlandish tales is more fully embraced.

We can have an episode about a fish astronaut and a flashlight which can teleport beings in its beam. An entire adventure can come out of Dandy being alone on a planet and effectively living out a Moby Dick style adventure for a legendary catch. Dandy can be a high school musical and theatre sensation. They can be rock stars aiming to play on the grandest stage in all the galaxy. An inter-dimensional war for the heart in a literal sense, as we see perspectives of 1-dimensional thought on through 4th dimensional worlds and the kinds of insight beings from entirely different existences would have for one another.

Dandy can die, and we can explore a surreal and melancholic world beyond reach.

And that does not even cover half of the episodes, though it would by all means be some of its greatest standouts to me personally. The characters are consistent, in a way that befits both having a prior second to work off of as well as everyone looking at the same biography and data sheets. But the creative teams come to different conclusions, or see opportunities for stories others had not touched on already and want to head out and see how they could work. Because it is never a question of if, given the infinite potential the series itself consistently stresses.

It is only ever a matter of execution. To deliver on that promise. 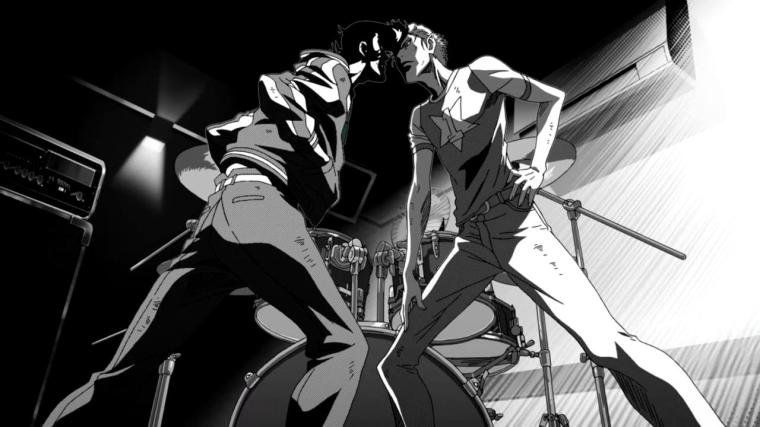 Something which I feel bears repeating even now is a certain set of creative choices laid out at the start of the season by Shinichiro Watanabe.

The second to last episode of the show would (and indeed did) have massively reduced staff and resource allocation. It would be made on as near a skeleton crew as one can manage with a weekly animated television series. In exchange, it would buy far more time and extravagance for the finale to be as lavish as possible. Ridiculous numbers of frames, incredible dynamic camera work, the ability for every animator to pour the fibers of their being into expressing themselves through their cuts.

This effective two parter I feel does go a long way towards highlighting a lot of the Space☆Dandy mission. On the one hand, the immense technical feat of relatively few personnel pulling off a complete animated television episode using every bit of filming trickery in the book. For a series that is as much a runaway party of animation approaches and styles as it is anything else, there is a definite place for having something like such an episode as part of the ride. At the same time, the recognition that a series like Space☆Dandy needs if not demands a speed limit breaking ride off into the distance.

The knowledge it had to take every advantage and leave nothing behind.

I appreciate the openness with which Space☆Dandy operates with, beyond even stated production schedule goals like this, and all the more so in this second season.

The way the episodes operate and what they wish to deal with feel on the whole like things that would not have fit in with the first collection. I feel if we had an episode featuring Dandy’s ex-girlfriend in that initial season, her identity would not have turned out to be quite the same as it was here. We do not have episodes leaning as hard elements like zombie jokes, and for as much as Dandy loves his Boobies and is sure to think of it wistfully we do spend a whole lot less time there. The more aggressive sex jokes peeling back, rather than being doubled down on.

There is the consideration that, for as much posturing as Dandy himself does over the course of the entire franchise, so too was there some of that going on in that first season. Like we have of course felt like ourselves at points when meeting people.

So one hides or obscures some of their deeper rooted quirks and weirdness. Letting some of it fly out to see what the reception is like. To be in a position to dial back if it proves too much, lest they come across as alarmingly weird.

A key aspect of the whole episodic ride then being the observation that, for both the production teams and the audience, that there was genuine interest in those earnest expressions. That many of us on the other side wanted to hear and see more. The idea that we were inviting them into our homes, handouts, and lives for a good time. And very late at night at that, when it can seem like the entire world around you has long since shut down and there are countless potential worlds beaming down on us from what may as well be a forever ago.

The idea then, of feeling like one can better be themselves, becomes a rather palpable one. That there is a goodness in that, and the series itself even becoming all the more amusing and entertaining for it. There is a connective quality in such a turn, as the series feels more comfortable. That it trusts..

And so you drive for a long time together through that night, recognizing you at least have right now.

Space☆Dandy Season Two is streaming via Hulu, in addition to the official Funimation site. 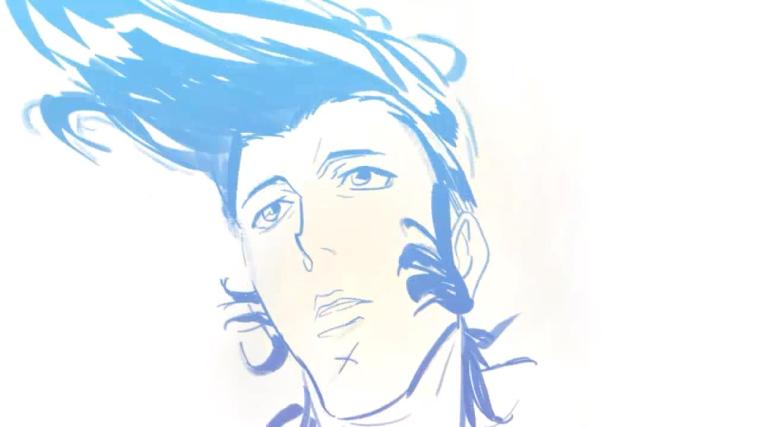