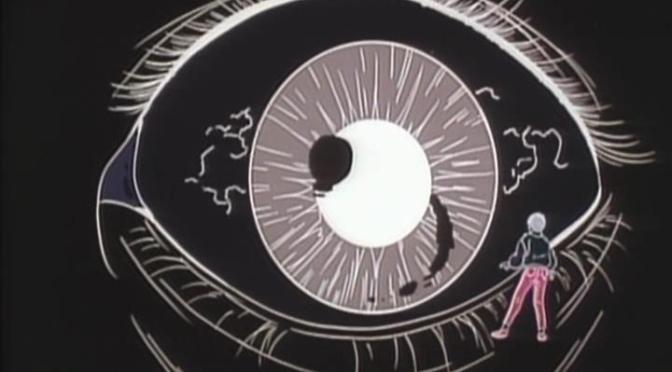 Wherein I get the feeling this would be similar to what broadcast outfits like The History Channel might churn out if they clumsily attempted making a horror anime.

Manga creator Daijiro Morohoshi was, at one point in his life, a regular young civil servant.

For three years of his post high school life, we worked for the Tokyo metropolitan government. In 1970, he would end up making his professional comics debut on the side (via Junko Kyōkatsu in Osamu Tezuka’s avant-garde COM magazine), and by 1974 Bio City (Seibutsu Toshi) earned him a nomination for the 7th Tezuka Award in manga. His amalgamations of science fiction, horror, and folkloric elements within his artistic and narrative style is one which proved difficult for his later assistants to attempt to replicate in adequate fashion. That being said, for how distinct his visual touch was as a result he was at one point even considered by Hayao Miyazaki to be an original choice for who he wanted to draw parts of Nausicaä of the Valley of the Wind. One could imagine elements relating to the Giant Warrior in particular.

Dark Myth was one of many several serials Morohoshi developed in the later 1970’s, as his career had taken off more, a historical fantasy story dealing in everything from the Kikuchi clan and Japanese genealogy to elements of several religious traditions and the fate of the Earth. But at the time, no larger media adaptation came of it. This in and of itself is not unusual of course. However, future developments in popular culture tastes have funny ways of changing things.

In this case, I do not feel it is unwarranted to note the widespread national success of Teito Monogatari throughout the 1980’s. The novel, the first parts of which were adapted into the later Rintaro helmed OVA series Doomed Megalopolis in addition to two live action films, sold over five million copies in its day telling its tale of the secret dark magic history relating to Tokyo. Its influence has been such that it can single-handily be credited with, among other things, a resurgence of occult fiction topics throughout Japanese film, novels, manga, and anime. As an example I have reflected about within recent months, CLAMP’s manga and resulting anime adaptations of Tokyo Babylon and X (both its feature film and television series versions) would not have come out quite the same, if at all, without Teito Monogatari both opening doors and applying inspirational influence.

When a media success is running rampant through, a publishing or production company need not only be limited to pitches for new intellectual properties. Indeed, digging around the back catalog for older titles can often be much cheaper and with a faster turn around, and play well to being able to do things such as reissue complete source material as a conjunctive push.

I suppose in some respects savvy media consumers would often identify these as potential alarm bells as well, if the resulting timing comes off too hard and rushed to seem overly blatant as trend chasers and cash-ins.

Even today in 2014 though, well after its 1990 release, it is hard to shake such a feeling from Dark Myth. 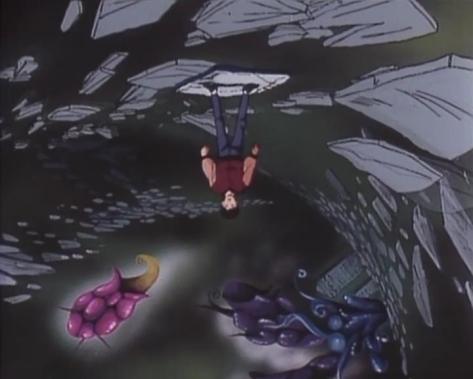 Takashi Anno serves for each of the two episodes here both as director and in scriptwriting roles.

While I have not been in a position to read Morohoshi’s original work as a basis of comparison, I am operating under the assumption Anno is adapting that story as he sees fit. He is perhaps most notable is anime accomplishments for being one of the three directors of the ninety six episode animated television adaptation of Rumiko Takahashi’s Maison Ikkoku, part of the stable of episode directors for the highly influential Magical Angel Creamy Mami, and one of the dozen or so storyboarders for the series which came of Izumi Matsumoto’s Kimagure Orange Road manga.

He was also the director for the more cult classic adaptation of Yokohama Shopping Log (Yokohama Kaidashi Kikou), which I have heard sweet and excellent things about over the years but I have yet to watch myself. All of this, in additional to several other magical girl shows, among other works over the years. If one were begin to think giving Takashi Anno the reigns to a supernatural historical fantasy horror production sounds very much like something far outside of his creative wheelhouse, they would not be far off the mark.

While some artists have found avenues in such opportunities to be quite freeing, as an anime Dark Myth very much felt like a production which was lost, confused, and at odds with itself regarding where it should go.

Combined with how Morohoshi’s own assistants historically had issues attempting to simulate his work in manga form, one can only imagine how the production folks at Daiei Co. Ltd. had to have felt. 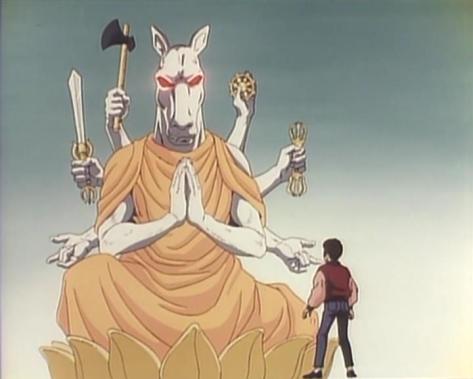 To Dark Myth’s credit, there are a handful of quasi-interesting shots.

Aside from a few I have already used as screenshots here, that is. Walking through a grassy field for instance, but all elements surrounding the human legs are white, creating an effect where the blades flow in from the ether and dissipate back into the larger void when passed. Some of the more cosmic backgrounds while conversations of mythological background and history are going on can perk up ones eyes from time to time.

But the overwhelming majority of the two fifty minute episodes amounts to long sequences where two or three characters provide information dumps to one another. I hesitate to call them “conversations”, as when one gets to thinking about them they often easily fall apart as justifiable human interaction. They are not so much exchanging thoughts, feelings, or ideas with one another as dynamic exchanges so much as they are speaking a series of dry research paper checkmarks at one another.

It is the kind of writing we have each likely done ourselves at times, be it in school, business, or otherwise. Where, having done so much incidental research for a project or report, one feels at odds with having to leave so much out. One wants to be seen as having done a lot of work, after all! So everything ends up included, regardless of flow, timing, appropriateness, craft, or relativity to the overall point. I can easily understand the situation Anno must have found himself in, on a personal level. Where the talking points and dialogue would need to reflect so much more of Morohoshi’s original work, in an attempt to cover for not being able to more fully capture the raw visual elements than might have been possible with the animation budget or team at hand.

While his intentions may have been well intended, the end result comes off more akin to long, flat “As you know…” style chats with higher than average doses of names from mythology, history, and the like. So much is over explained, and with so little filtering regarding which parts are more or less important to the actual plot of a young man who may well grasp the power of the gods on a cosmic redecoration scale. One can become quickly lost in a randomly shifting sea of droning family history, aspects of religious puzzles, and times which stretch back to the Jōmon period of at least 12,000 BC.

Keeping even the names of the main characters straight becomes a tricky endeavor, bounced around as we are as viewers. 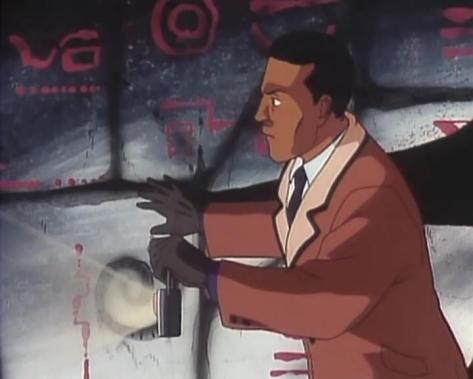 Dark Myth felt to me very much of the kind of media its production cycle would suggest.

A newly minted but dry as bones presentation for an existing property, fishing for direct to video dollars in the aftermath of a later media product phenomenon. Able to taut similar enough subject matter to Teito Monogatari to potentially be of interest to folks looking for more things like the multimillion selling book, but cold and lacking in overall passion shining through. Notably, Dark Myth managed to come out just months before the first episode of Doomed Megalopolis, though how much that would have played into affairs is anyone’s guess. While that later work has clear strengths and weaknesses in its interpretation of its source material which make it a flawed but discussion capable piece, via choosing to adapt less than the whole book and amping up its grotesque and supernatural elements, Dark Myth is unable to hang on to such cliffs. A textbook example of characters talking much but saying little to one another. So dialogue ends up washing over the audience without too terribly many strong legs to hold a tent up around it, and preventing a total collapse is a losing battle.

The single most consistently enchanting element of these episodes comes via the soundtrack. Of all people, Kenji Kawai (best known to most anime fans for scoring almost every single one of Mamoru Oshii’s films) handled the musical accompaniment. Favoring low synthesizer and drum vibes, his work here echoes both the eerier cosmic thematic elements as well as the historical content of the narrative. It is generally unobtrusive, and seeks to provide appropriate mood leading without itself becoming the mood in a more crass fashion. Which, I feel, is quite an accomplishment for a production made under the cynical circumstances of Dark Myth, as attention to music and its refinement of craft would be one of the first things one would generally expect slashed to ribbons like the fates of so many characters in horror fiction media.

It is not alone enough to salvage so much of what is surrounding it, of course. Even with the assistance of some nice shots here and there between talking heads, it just makes the experience of hearing the long, parched explanations by characters go down with at least some semblance of trickling water in what is otherwise an audio and narrative wasteland.