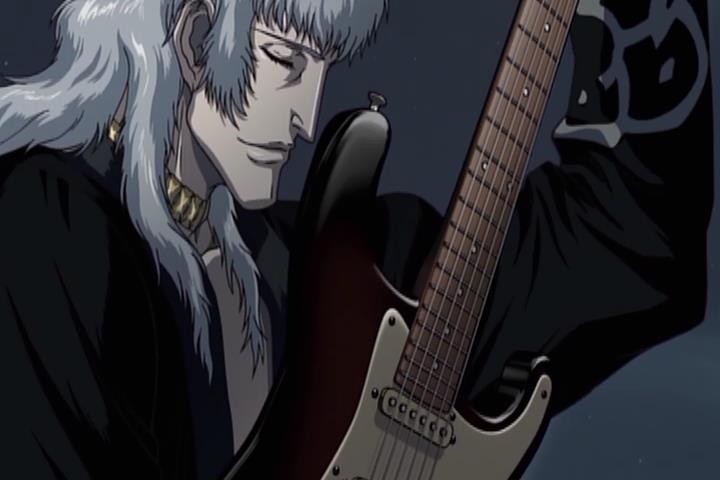 This week: Highlander: The Search for Vengeance.

Of the few constants in the world, one of these is that at any given time there are hundreds of bars around the globe blaring Queen songs. For worse or for better; high school theater gave me enough of that band for ten lifetimes.

Perhaps as a direct effect though, these eternally playing songs have somehow caused the Highlander franchise to never actually die off.

Highlander is a strange media series to me, due in large part to how inescapable it was in the 1990’s.

A single pretty nifty 1986 action movie about immortal people locked in a game of beheading each other until only one remains, set to a bunch of original-to-the-film Queen songs, set off this weird chain reaction. Multiple sequel movies, each somehow bafflingly more confusing and off track than the last, is one thing. But so too did it receive a live action television series which lasted six seasons (clocking in at 119 episodes by the end), a lone 22 episode season of spin-off show The Raven, and a forty episode television run across two seasons via Highlander: The Animated Series. The 1990’s really, really loved Highlander. Almost via osmosis, I have seen pretty much all of these in their various forms despite not really liking too terribly many of them outside of the original film and some of that huge live-action show, as the series was just always around.

Something Highlander related was on TV all the time.

Some of the anime that tended to show up in various late night Sci-Fi Channel or MTV slots in the 1990’s: Yoshiaki Kawajiri films.

So in a sense, if one in the 2000’s wants to hire a animation guy popular-ish within its particular 1990’s niche to direct a Highlander film, and can give it a 1980’s sensibility to boot, it makes sense that one would approach him. As this is the only Highlander movie I had not actually seen before this week, and a Kawajiri anime to boot, it was almost like a baseline reward for all those previous escapades.

It helps a lot that Kawajiri has effectively been directing the exact same movie for the past thirty years. Wicked City, Demon City Shinjuku, Ninja Scroll, Vampire Hunter D: Bloodlust, and so on, when one gets right down to it, follow pretty identical screenplay models. Various levels of stoic hero who picks up a girl sidekick while a wisecracking old guy (or hand, in D’s case) makes remarks through atmospheric locales. It does not make them bad movies for this, by the way, as Kawajiri is one who probably needs a reliable sturdy core to then build a series of flashy amped up set-pieces around when he is dealing with a feature film.

As such: if one has seen a slice of Kawajiri’s filmography, they have seen how Highlander: The Search for Vengeance also goes. And that is with David Abramowitz doing the script, who worked extensively on the live action television series. Which also means: this is another case where, like Vampire Hunter D: Bloodlust, the English dub came first. Unlike Bloodlust though, I actually like the dub in Vengeance a lot (barring a few inconsequential lines from minor characters). Several people clearly enjoying their roles, like Scott McNeil with a genuinely funny take on the old druid priest Amergan and Zachary Samuels delightfully chewing up the scenery as Marcus Octavius, so it should probably be the viewing experience one chooses were they to watch this movie.

A franchise like Highlander does play well to several of Kawajiri’s strengths.

Mainly, since the headlining characters are immortal so long as they do not lose their head, he can zip around to and from scenes in various time periods. Marcus Octavius in ancient times, to being in period combat attire off around Japan centuries later, a Nazi during World War II, playing electric guitar on the roof in a post-apocalyptic city, and so on. Likewise, mulleted grizzled dude Colin MacLeod across his time in Scotland with his wife and clan, all the way through those various eras chasing Octavius for killing said wife. Stock revenge story. The primary setting of the film is the post-apocalyptic one with a gilded elite, and these other scenes are more extended flashbacks that pop up along the way to provide various contexts as events remind these two characters of their multi-millennial past with each other.

It is really quite strange this movie managed to make such extensive use of the advancement of time mechanics, especially in relation to a lot of the rest of the franchise, as it is something a lot of Highlander media just sort of forgets about regarding the Immortals. Even though it should probably be rather high on the priority list. There is so much one can do with the idea of people who have lived for the rises and falls of so much of human history. At minimum, it is an easy excuse for oddball short fight scenes all over the place, and you have built-in license and reason to do it! Go to Rome, Japan, World War II dogfights, see the world! We get our bog standard barebones little revenge story with the uninteresting protagonist, but at least there is some bloody freaking Scotland in it given the title of the franchise. And I did kind of like how Marcus and multiple other characters were just flat out riffing on Colin for what he has been doing and failing at for thousands of years.

Even so, it can create some strange lurching pacing at times. Sequences where several of these reflections on times past may go on in a stretch one after another such that when we finally re-enter the present we can feel a bit lost on what we were originally doing that triggered the flashback to begin with. Which is never a great feeling, and even more so when it crops up in what is ostensibly an action flick.

The film also, frankly, can look rather janky in the visual department at times.

There is a lot of corner cutting that shows up in select places like, for instance, a point of view walk through a roman camp  or a helicopter chase, where nearly everything turns to polygons aside from the characters themselves. Composite shots like these look really weak in motion. The rest of the movie has solid enough visual work, even though it is rarely out and out impressive, so scenes like these stand out a lot and took me out of their moments significantly. While this is a Madhouse film, it is also a co-production with Imagi Animation Studios, and it leaned extensively on each of their international studio partners to do a lot more work than what one would consider normal. And I think that shows up a fair bit in the final product, though again the movie is generally standard enough digital paint work on the whole.

It just rarely ever looks jaw droppingly gorgeous, like a Vampire Hunter D: Bloodlust or Wicked City, which is disappointing by association with the rest of Kawajiri’s films.

While the bar for this statement is exceptionally low given their notoriety, I would still easily say Vengeance is the best of any of the Highlander sequel movies.

Hell, that it remembers basic rules about the setting, such as immortals being unable to fight on holy ground, already means it is paying more attention to the original movie than a lot of the live action ones ever did. There are lots of scenes in Scotland, to boot! Even so, it is an original story that does not require one to know anything else related to the catastrophic chronology the series picked up over the years, and it has a fair amount of fun with the toys provided for generating scenes all over human history.

The movie is fine, in that it treads water well enough even though it never really it pushes for much beyond that. Within five minutes you have a guy with bad hair and a bandana wielding a katana while fighting a dude with a chainsaw sword  dropping the “There can be only one!” line as a guitar solo wails on. But it never really pushes past that opening too much, despite how much some of the actors are into their roles vocally. The movie is very much in line with what I could have seen getting extensive television play years ago on cable networks to tick off their anime and Highlander needs simultaneously, as Vengeance is definitely a film one can drop in and out of or just sort of have on in the background. As a dedicated watching experience though, this is sadly not a Kawajiri classic like Vampire Hunter D: Bloodlust or Wicked City by any means.

I just get the sense Kawajiri or the team under him was sort of sleepwalking through chunks of it, as there is a certain X factor missing that keeps it from punching higher. That, and Vengeance would probably be a lot sharper visually had it actually come out in the ‘80’s or ‘90’s, when a much higher budget could have been commanded for a Highlander anime.

In the event  you were wondering before I fully conclude: No, no actual Queen songs managed to work their way in to Vengeance.

Which is kind of unfortunate, in that it does do the (bare minimum) best job of any of the various sequel movies, and select entries of those others did get to. The ending credits theme is though, of all things, “The Sacrament” by Finnish band His Infernal Majesty. Which I can not say I was expecting in the least, in terms of licensed music use and where it was deployed. It would have been interesting, had Kawajiri worked a scene into the movie to that song in trying to kind of emulate aspects of how the original Highlander handled music too. I imagine this film was low budget enough that buying an original brand name composition from them would have been out of the question.

As this is the last piece of follow-up Highlander media for me until the forces of the world inevitably kick out another film, we still may as well play ourselves out: