My little cybernetic binge continues, albeit this time in the form of “From the studio that brought me Coppelion last autumn…”

Originally a light novel series from 2003, Mardock Scramble was going to be adapted into an OVA series by GONZO in 2005. Plans crashed and burned, and the project was shelved, only to later get redeveloped as a film series by GoHands starting in 2010, with sequels each of the next two years.

Here’s the tricky thing about trying to write about Mardock Scramble in the shorter form format for this series of posts though: these “films” flat out do not function separately from one another, not even the first one because it essentially lacks an ending or anything resembling a full narrative arc. So I’m going to need to be incredibly hedged in how I phrase certain things as I walk through the series to avoid spoilers.

There is a way to approach adapting multiple books from a franchise into a series of enjoyable films that operate on their own (certainly, Hollywood has adored this over the last decade or so), but I’m assuming this is a core framework issue with the source material as when Viz Media released the novels in English, they did so in a single collected volume. I couldn’t imagine trying to watch this anime version of the series with year long breaks in between. 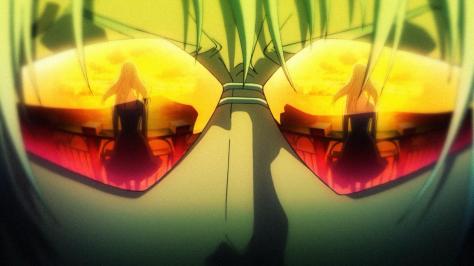 As the initial kickoff part of the story meant to get us invested in wanting to carry on for two additional volumes, the first movie has a few key problems right off the bat. After the initial event that turns our leading girl Rune Ballot into a cyborg, she has no memory of prior circumstances. Fair enough, happens often in similar stories (ie, Battle Angel from last week). Meanwhile though, our lead antagonist Shell also has a particular memory wipe situation of his own. So we have a lot of really shaky narrative ground because neither side has enough personal information on the situation to key us as viewers into what the problems are and where we should be committing ourselves. Shell is mostly operating via second hand as well, as much of his enforcement legwork is done by caseworker Dimsdale Boiled.

The result of all this is like a scatter-shot approach where there are enough characters and names and associations all flying around to make a cyberpunk crime story. But, due to the raw amount of memory problems on each side of the coin and enough vague statements from folks who would be able to provide us some central grounding in conjunction with a very short runtime for a movie, the whole thing is like an ambitious souffle that just utterly collapsed. It is a very squishy foundation for the other two entries to attempt to build upon after this.

The most interesting concept the series really has going for it is oddly enough none of the cybernetic enhancements made to Rune’s body; the series actually pretty much completely discards doing anything with them, she may as well be a normal full flesh and blood girl who happens to require a voicebox.

Oeufcoque Penteano though, her partner, he is far more theoretically fascinating with the hints of his abilities they show us on display here. A genetically engineered mouse with a well spoken manner, he can essentially transform into anything completely inconspicuously. He has perhaps one singularly actually inventive use in the entire series that doesn’t involve him just being a firearm though, unfortunately, so while he makes for interesting potential to hang onto as a viewer it is mostly wishful thinking. 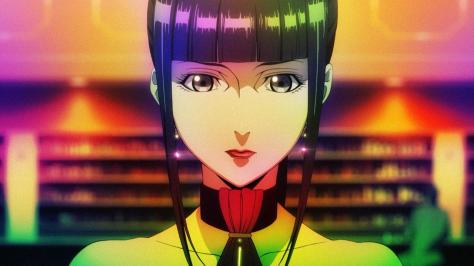 The second film, strange as it may sound, actually plays to GoHands strengths as an animation studio. With their raw fascination with obscenely eye searing color filters and saturation levels, and the two primary locales for this hour long affair consisting of a psychedelic military research compound and a high roller casino, their house style… actually fits the part it needs to play. I do want to give credit where it is due for that, because it is the kind of thing where their visual habits would not be out of place in certain settings, and what they should be doing is taking on projects that complement that aesthetic if they wish to hold on to it so dearly.

For what it is worth, this is the only one of the three films where I watched the whole thing from start to finish without checking to see how much time was remaining, while I did so on both of the others several times. I still don’t think it punches above average weight, but, I did think it was at least the most watchable movie.

This is the entry where the series tries to get more intellectual, though I would use that term loosely. It has a single and very short lived action sequence, and otherwise is just trying to talk its way through things. This is important, because the fight choreography in this whole franchise is a complete mess. Even if you don’t think you understand things about cinematography or the like, your brain does on a certain level; when the camera is flying and zooming around in a chaotic fit, your brain doesn’t really know what to hang on to with the data so it doesn’t stick as well. This is why many folks have trouble remembering what happens in certain modern action or horror scenes, because you may as well be shaking an Etch A Sketch in there. But the technique still gets a lot of use because it covers up bad fundamentals.

So the film basically benefits by default for not having as many opportunities to screw up in that department. Bring up some much needed character information for plot essential folks like Dimsdale, introduce some interesting enough characters (who we admittedly never see again for the most part), that sort of thing. Head to the casino for storyline reasons and the headgames that can come from table game player showdowns. It’s just sort of breathing itself in, trying to make some amends for the first film and attempting to set things up for the third.

Its job, fundamentally, was to stabilize the hemorrhaging patient, and in that department I think it largely succeeded. It may not excel and go above and beyond the call of duty, but it is functional as a bridge entry. 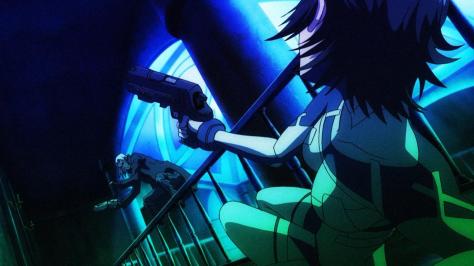 In what I imagine is once again a source material problem, the third film feels like a writer going “Oh hell, how do I wrap this all up?” One may have noticed some extensive egg symbolism earlier in the series for instance (such as practically every character name like Dimsdale Boiled and Dr. Easter and the Scramble in the series title itself), but here it rings a lot louder and thudier in dialogue and visual design almost in a rushed “Did you get it!? I hope you got it!” manner and goes yammering on about yolks and the like.

In what should be the most important storyline or character scene in the entire series, a moment so much of the narrative had been building towards since the very beginning, it just speeds through it about all of perhaps a few seconds at best. It has Other Things It Wants To Do, which feels kind of like a betrayal of sorts as a viewer because that particular scene and how it was going to play out was where a lot of our energy had been going towards. It is like there are perhaps a pile of notes for two separate books of raw material here, but watered down and sped up so they all fit into one rather than editing appropriately for time and content weight. In every way, it feels like a narrative rushjob meant to either meet a deadline, quota, or both.

Like the first movie, it also really lacks in the ending department. Which sounds weird, as this is the conclusion. And indeed, there is a narrative climax as it would be defined in a traditional dramatic structure. The film just sort of… sputters out though, wheezing its way to the end of its barely hour long running time.

There’s some pretty big plot threads still hanging and questions about where certain characters stand on some matters, but it feels just as lost as we head off to the final end credits as Rune pretty much did after her original accident amnesia that rendered her a cyborg in the first place. What we are left with then is a finale that felt immensely unsatisfying to me, both in how it chose to handle things and what it left on the table still in need of resolution. It feels like there is at least one large scene missing before the credits roll.

If you plan on watching one, you should plan on watching all three. But, you may end up with more questions than answers at the end, though not in the inquisitive theorycrafting drive sort of way.