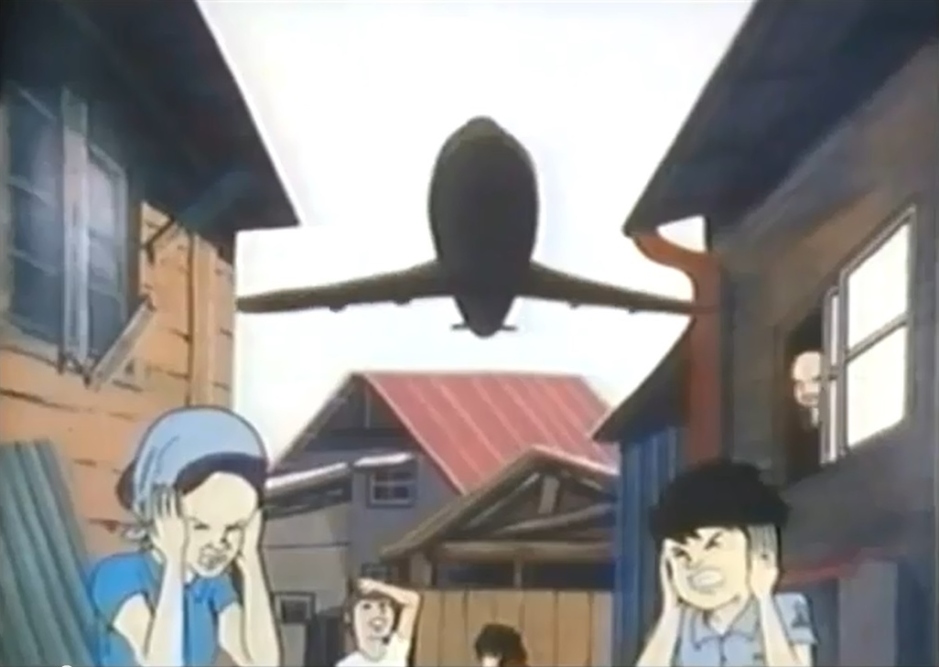 This Week: The Death Lullaby.

So one of the Cool Things about seeing old posts when flipping through my dashboard interface shenanigans is that it is a good reminder of several things I’ve had in my eternally massive to-do list. In this case, it was that while I had previously watched Mr. Arashi’s Amazing Freak Show, I had not yet gotten around to a rather particular and similarly self animated work Hiroshi Harada had produced prior to that.

(And in this case, we have some synergy regarding my watches, since I pretty much do feel kind of like death at the moment, haha)

Ostensibly, this is a short film narrative about a bucktoothed boy and his serious difficulties with bullying, as well as some family issues.

In actuality, this really what amounts to an art show protest film of events and emotions surrounding the construction of the Narita International Airport. The ability to parse any sense of what it is up to then, let alone actually enjoying it, depends highly on how much a particular viewer is able to take away from those kind of installation pieces and at least being tangentially aware of how emotions run high regarding this particular event.

Since my graduate studies involved a lot of oddball readings on international protest movements, here is the crash course version of the actual history to determine if you would want to see an artistic metaphor of it: Due to a number of reasons (protests about it being used for the American government to bring in weapons, etc), the Japanese government’s plan for constructing the Narita airport had fallen years behind schedule. In 1971, reaching their last straw, they just began taking the required land by force. In the series of reactionary protests that followed, nearly three hundred protesters were directly arrested and by the time the dust settled nearly three times that many folks were injured. Three police officers, during these events, did lose their lives in the line of duty. Protesters continued to distrupt construction virtually every step of the way, occupying land required for building runways and the like, to the point of even constructing their own little towers and such to ensure added difficulty in removing them. After several more years of these kinds of problems, the airport was intended to open in March of 1978, but a rush of protesters broke into the complex and destroyed hundreds of thousands of dollars of critical control tower equipment. Narita is an airport that required roughly fourteen thousand (not fourteen hundred, fourteen thousand) police and security personnel when it finally did have its grand opening day, fighting protester firebombs, rocks, and assaults on the electrical grid.

The Death Lullaby was released in 1985, when these events were still very fresh in the minds of many.

Now, I do not know a whole lot about the politics Hiroshi Harada holds currently or held at the time of making this anime. But, given the storyline and how it unfolds, I would say that he sympathizes with the evicted villagers and protester efforts while at the same time recognizing the hopelessness of their situation, and to attempt to capture the sorrow and rage of such feelings.

The bullied child with the buck teeth, then. We see him assaulted by others, decried for being “protruding” in his existence despite doing nothing to anyone. He is bullied, attacked, savaged, tormented physically and mentally both others and those around him. His actions and reactions act as the metaphor for the experience of the affected people regarding the real life airport situation, as we are continuously shown interspersed cuts of things like “Let’s pay a tax for Japanese development with a smile” propaganda posters feature a delighted mother with a smiling baby, as well as bulldozers and live action industrial footage. It showcases the toxicity of pollution, the massive disruption to others lives as exaggerated planes fly virtually atop the roofs of houses. The boy continues about his lonely life, as those around him attempt to continue to bully him to the extent that he goes away.

This spoils nothing, but there is a rather interesting shot involving the animated boy and their immediate surroundings secluding himself away from the world in a box, while the scene playing in the world outside of it is all in live action footage. The walls are closing in, and what were once neighboring cities or the like are now essentially strangers at best, going on as if nothing is the matter. Because nothing is the matter, in that they are not themselves directly affected by the impact of the airport construction and associated forced movement of people. Some animation just consists of paper dolls shot on camera via standard film, others showcase more traditional porcelain-like dolls, and the actual individually hand animated frames Harada poured out so many hours of his life into are of course also carrying the short. It is definitely a highly mixed media project, in a manner that heightens the sense of the alienation or confusion felt by the boy / the real life Narita airport protest attempts, and the soundtrack remains ethereally eerie throughout. 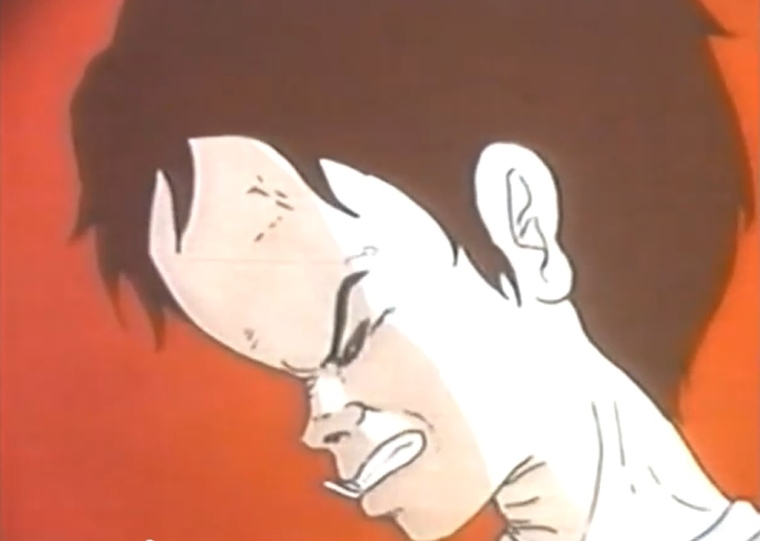 Now, I’ve been to the Narita airport as recently as 2011, and it is definitely still there and functional to this day. That should give a sort of sense for the indicator of what I meant regarding Harada’s take on the immense sort of hopelessness of the situation at hand.

The last several minutes though, and again spoiling nothing, are what I imagine is a very raw amount of bitterness, frothing anger, vile hatred, and a highly tormented eye. If not feelings felt by Harada directly in their personal politics, it is a still a completely apt representation of what those involved in the protest movements would have felt themselves. It has merely been given animated form. At the risk of hyperbole, it is like watching some kind of film version of the Guernica painting. It is a hateful, rage fueled display of bitter contempt and utter despair.

How much of that hits home may vary from one person to another, but as a project helmed by a single man it is a herculean effort in every sense of the word. It is, in many ways, the very best kind of artistic representation those who were involved in those protests could ever hope to have.

2 thoughts on “Mothballs: Narita Or Us, Til Death Do The Protests Bust”